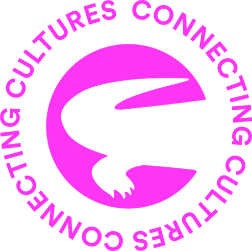 Faces
There’s a slim chance you haven’t heard from Ronald de Boer, John Heitinga and Pierre van Hooijdonk before. They are multi-title football legends who played for various national and international clubs and starred in the Dutch national football team. So who better to ask for their opinion on the European Championship than them?

Approach
While the European Championship got postponed by one year, it still wasn’t wholly possible to share the love of soccer in the stadiums. Yet, it was super important to support the Dutch team. So TikTok found a way to build new, digital bridges to feel – and celebrate – this connection. They were bringing countries and continents together through a strong and creative community that blurs borders.

Concept
For the “Building Bridges” campaign, the football stars analyzed the teams, individual players and coach’s strategy in live streams lasting 40 to 60 minutes. They also shared their expectations about the match and what it would say for the course of the tournament. Besides, followers were able to ask questions in a Q&A round. Can you even imagine: asking John Heitinga something directly? Like… Whoa!